iA Writer (was iA Writer Pro) is a professional writing suite that gives you full control over your notes, drafts and edits. 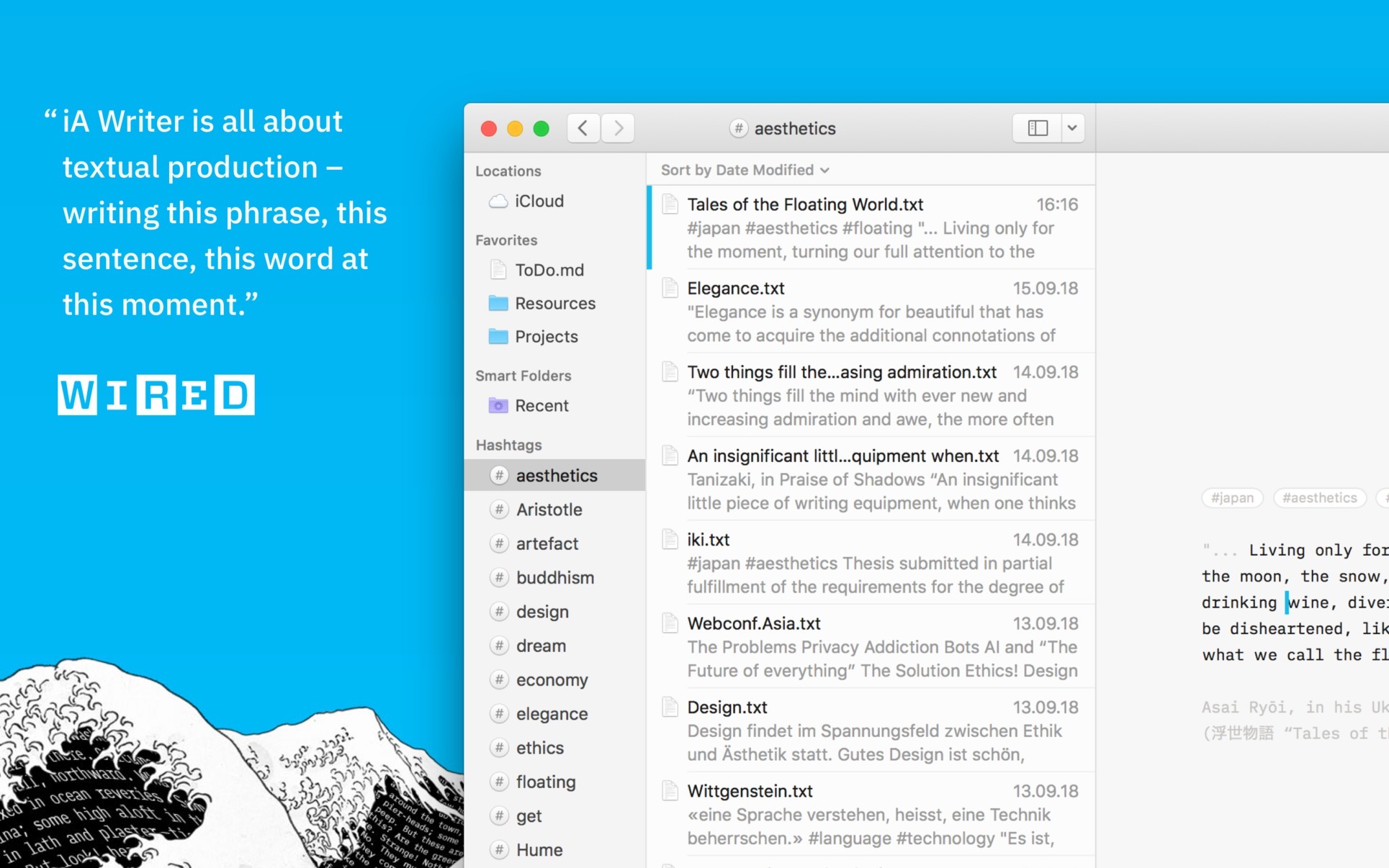