DEVONthink is DEVONtechnologies’ document and information management solution. It supports a large variety of file formats and stores them in a database enhanced by artificial intelligence (AI). Many document formats can be directly viewed, edited, and annotated. A powerful search language finds documents in an instant, smart groups keep them always at hand.

Sophisticated organization tools, AI-based techniques that handle even the largest collections, and numerous integration options make DEVONthink the work environment of choice for researchers, lawyers, and educators. Smart rules, flexible reminders, and deep AppleScript support allow automating even complex repeating tasks. And with its fast, reliable, and secure synchronization users keep their data available on all their Macs. DEVONthink To Go for iPad and iPhone completes the DEVONthink ecosystem.

Version 3.5:
The 3.5 release brings many new features, fixes, and improvements. Here are a few highlights: The Navigate sidebar now features an active database section allowing an isolated view of a single database's groups. We have added several smart rule actions including two which allow you to parse a document's name or contents and retrieve strings, dates, amounts, and even arbitrary data using regular expressions. Use the results to change attributes like a documents' dates or custom metadata. New event triggers activate smart rules on events like duplicating, or tagging documents. You can also now specify more than one trigger per rule. For office use we have updated the OCR engine and added with two new OCR options which allow OCR without changing the original document. DEVONthink records voice notes in a more compatible format and you can view Markdown documents with syntax highlighting. The web interface lets its users upload files easier and features a custom metadata inspector pane. And, as always, we have improved the overall reliability and performance, too. 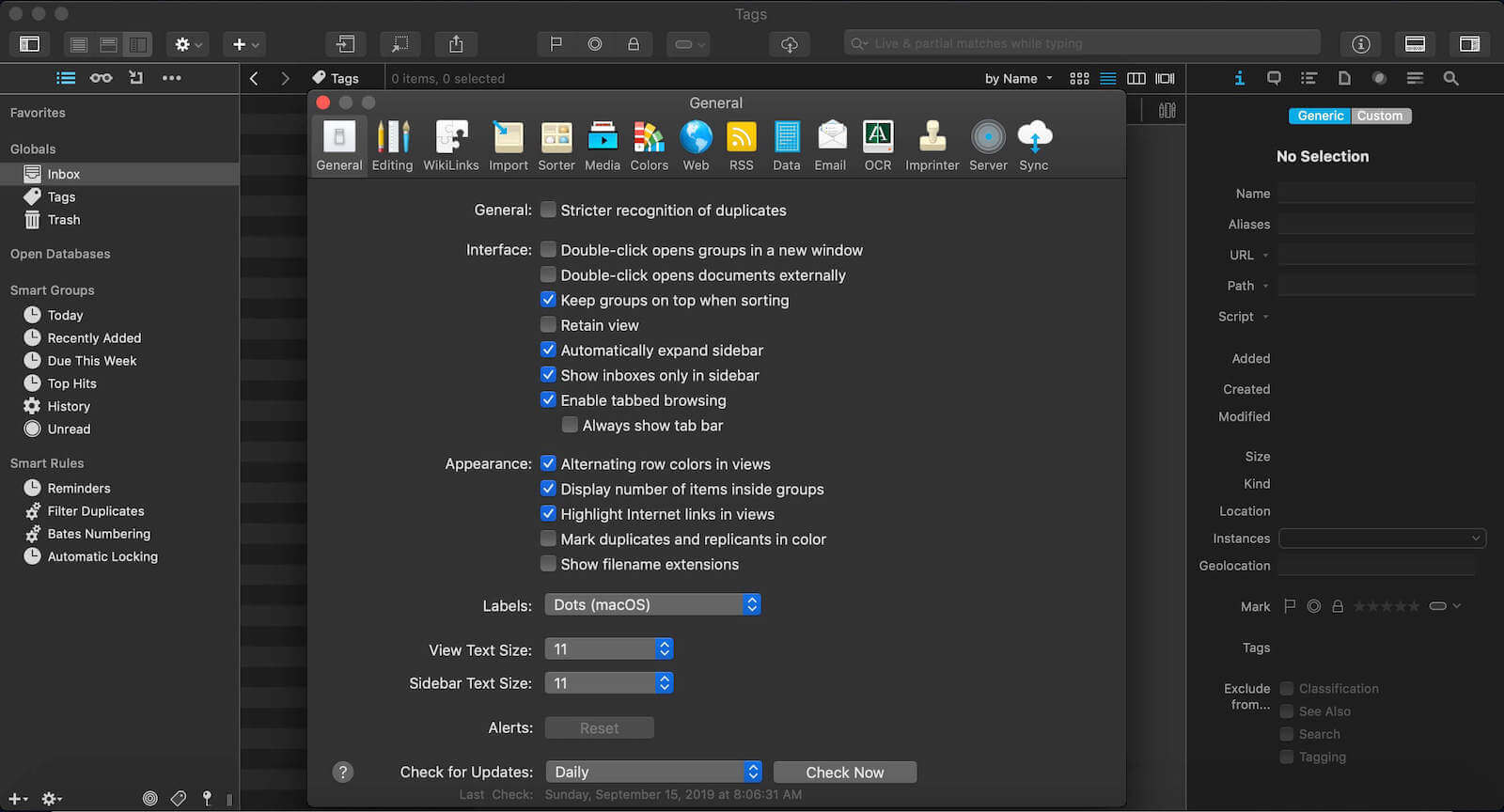