Textual is the world’s most popular application for interacting with Internet Relay Chat (IRC) chatrooms on OS X.

First appearing in 2010, Textual has since evolved and matured into the top IRC client for OS X; relied on and trusted by thousands of people.

Textual includes two elegantly designed dark and light variants of the user interface which have been refined all the way down to the very last pixel.

Textual supports very powerful modern technologies such as native IPv6, the latest IRCv3 specifications, client-side certificate authentication, and much, much more in an easy to navigate, clutter free environment.

Textual protects your privacy by leveraging widely accepted, proven technologies such as Off-the-Record Messaging (OTR) to ensure that the only people reading your conversations are those that you intend to. 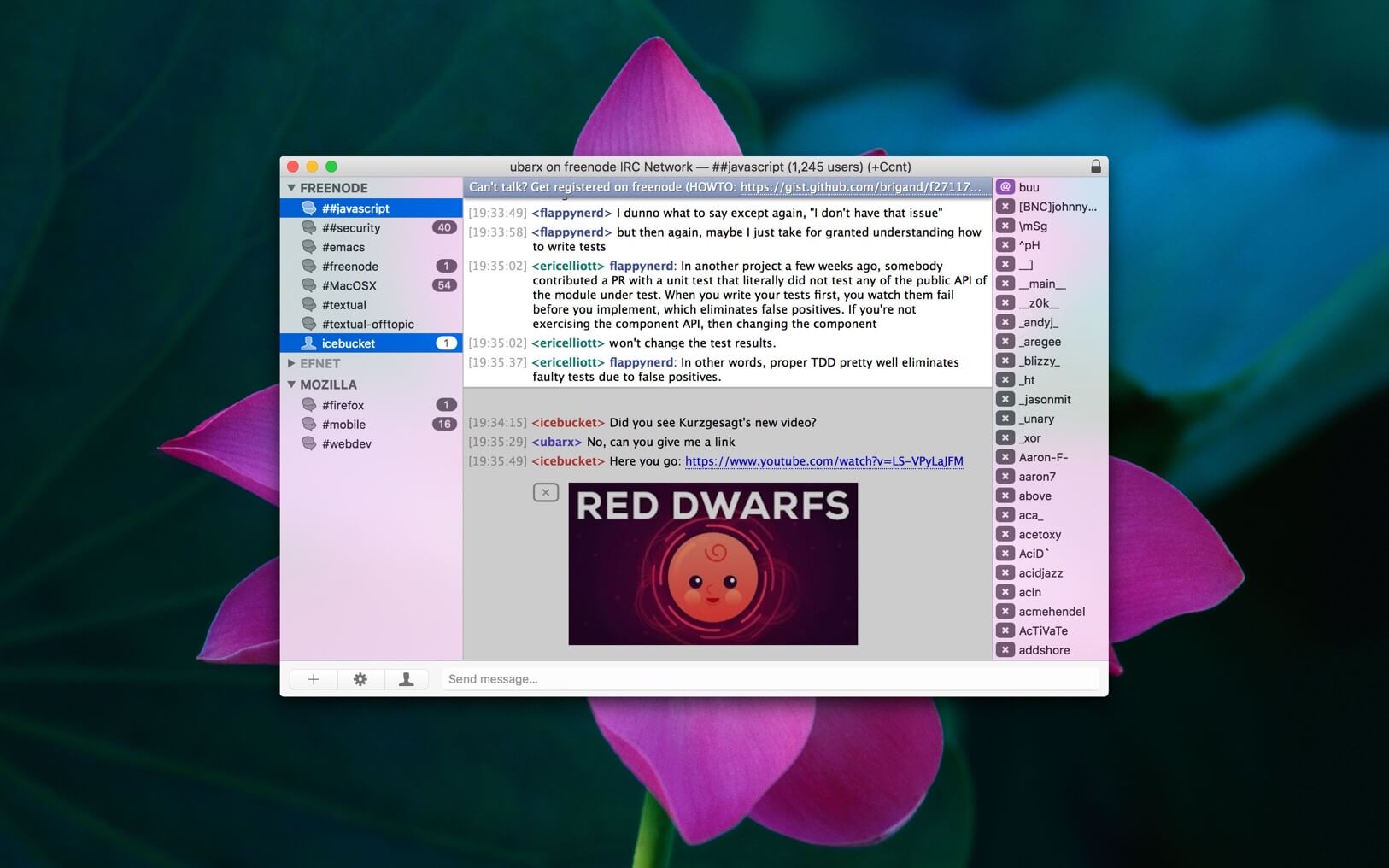