Subject 9 – a unique game that challenges players to fight to survive.

Subject 9 is a unique game that challenges players to fight to survive, using the environment to help aid the cause, and elemental powers to lay waste to anyone who stands in the way. Set in the future, the game is about a human weapon, Subject 9; is granted super human powers by a corrupted company that’s attempting to contain him as he escapes for freedom.

This isn’t your traditional shooter because it mixes unique offensive and defense mechanics integrated into the game resulting in a smooth, fast paced adrenaline pumping action and fluid gameplay. The game is closely considered as an isometric tactical shooter packed with fun mechanics and fast action.

– Ranging from Snipers, to Heavy Gunners and Elementalists
– Each enemy has their own combating styles

– Features 3 skill trees; Weaponry, Elemental and Defense, totaling 25 upgrades
– Controllable elements include: Fire, Ice, Electricity, Gravity and Vexel Energy
– Hack equipment in the environments to gain control over them
– Each element has its own effects on enemies 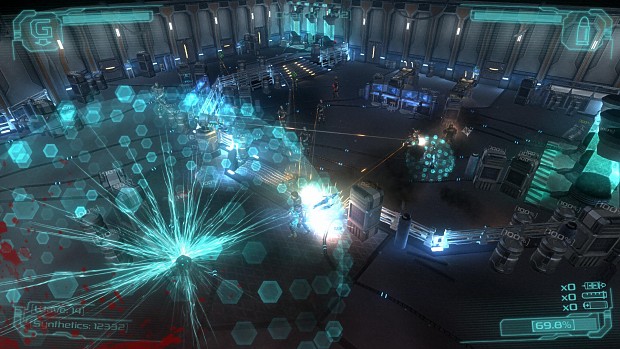