SteerMouse is an advanced driver for USB and Bluetooth mice.

SteerMouse can assign various functions to buttons that Apple’s software does not allow, including double-clicks, modifier clicks, application switching, assignment of shortcut keys, “snap to” cursor movement, which moves the cursor to target (such as an OK button), and more. 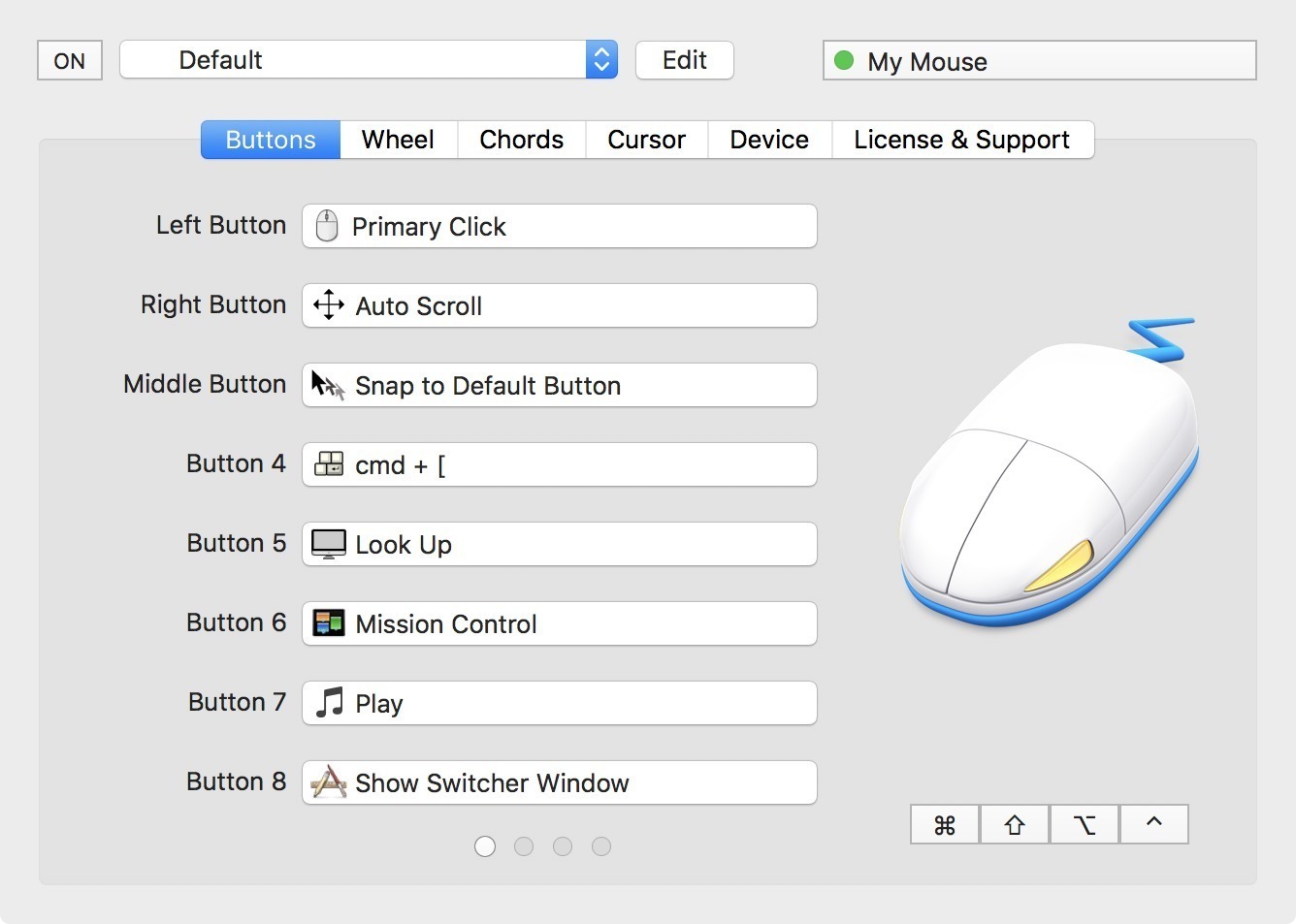