Sparklite is an action-adventure set in a whimsical and ever-changing land. Gear up for Adventure and battle foes in top-down action using an arsenal of gadgets, guns, and gear. Explore dangerous corners of the procedurally generated world, take down titans of the mining industry, and harness the power Sparklite!

Everything in the world of Geodia is tied together by Sparklite… it’s the life force of the planet, and the inhabitants have learned how to channel it safely. The blue, glowing ore can be harnessed providing a low-level, rechargeable power source. Or, for those brave or greedy enough, it can be consumed for a surge of power with grave consequences. Geodia’s self-titled “Baron” has devised a plot to mine the world’s Sparklite core to meet his own ends. Mining Sparklite in large quantities, the Baron repurposes the ore to fuel his powerful war machines, but the pollution from the consumed Sparklite is corrupting the world. Animals have turned into violent monsters, and the environment is rotting away. 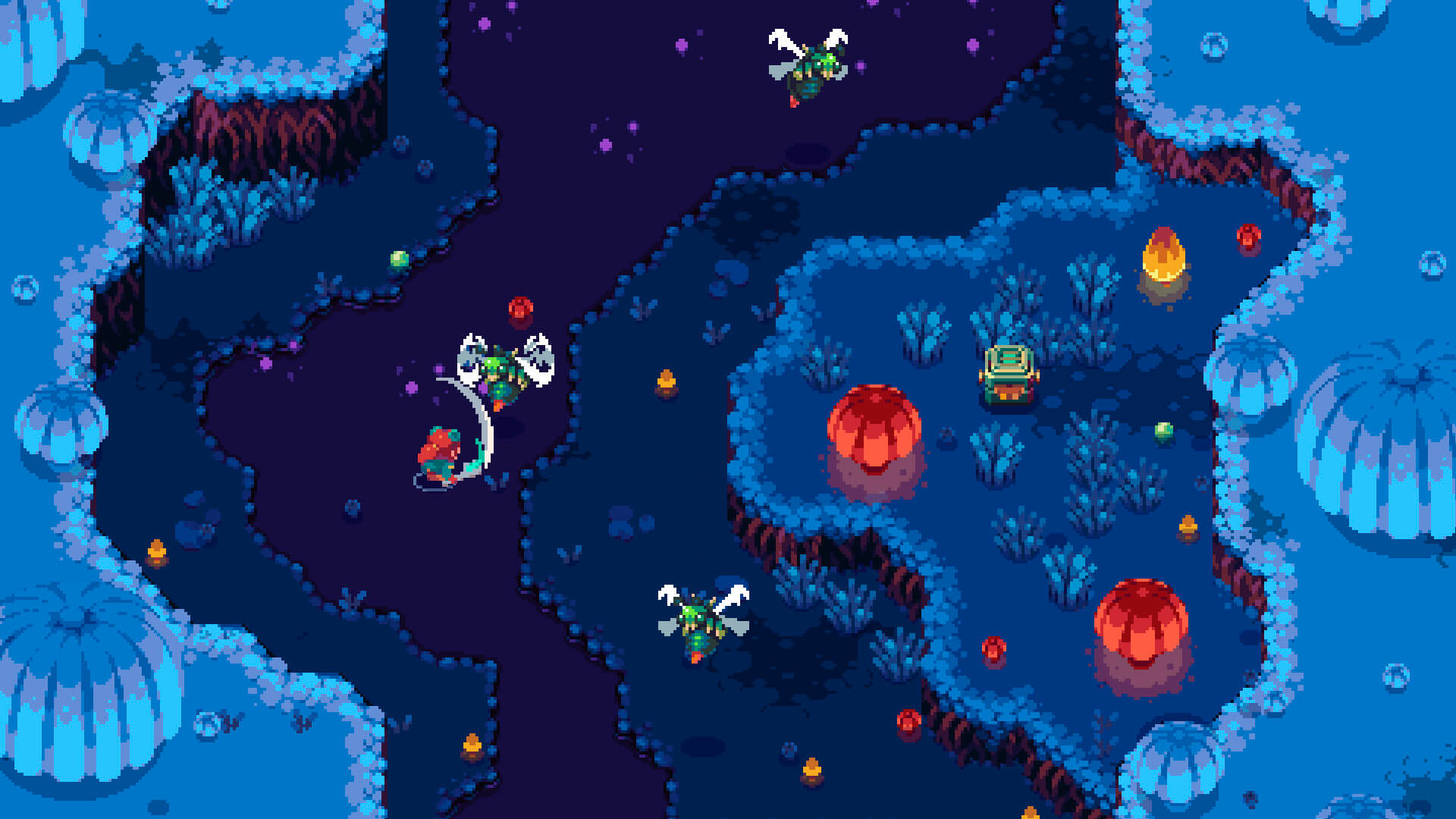