Sound Studio lets you easily record and professionally edit audio on your Mac. Easily rip vinyls and digitize cassette tapes, or record lectures and voice memos. Prepare for live shows with live effect processing and level tweaking, then record it all with performance recording capabilities.

Any audio project, completed with ease 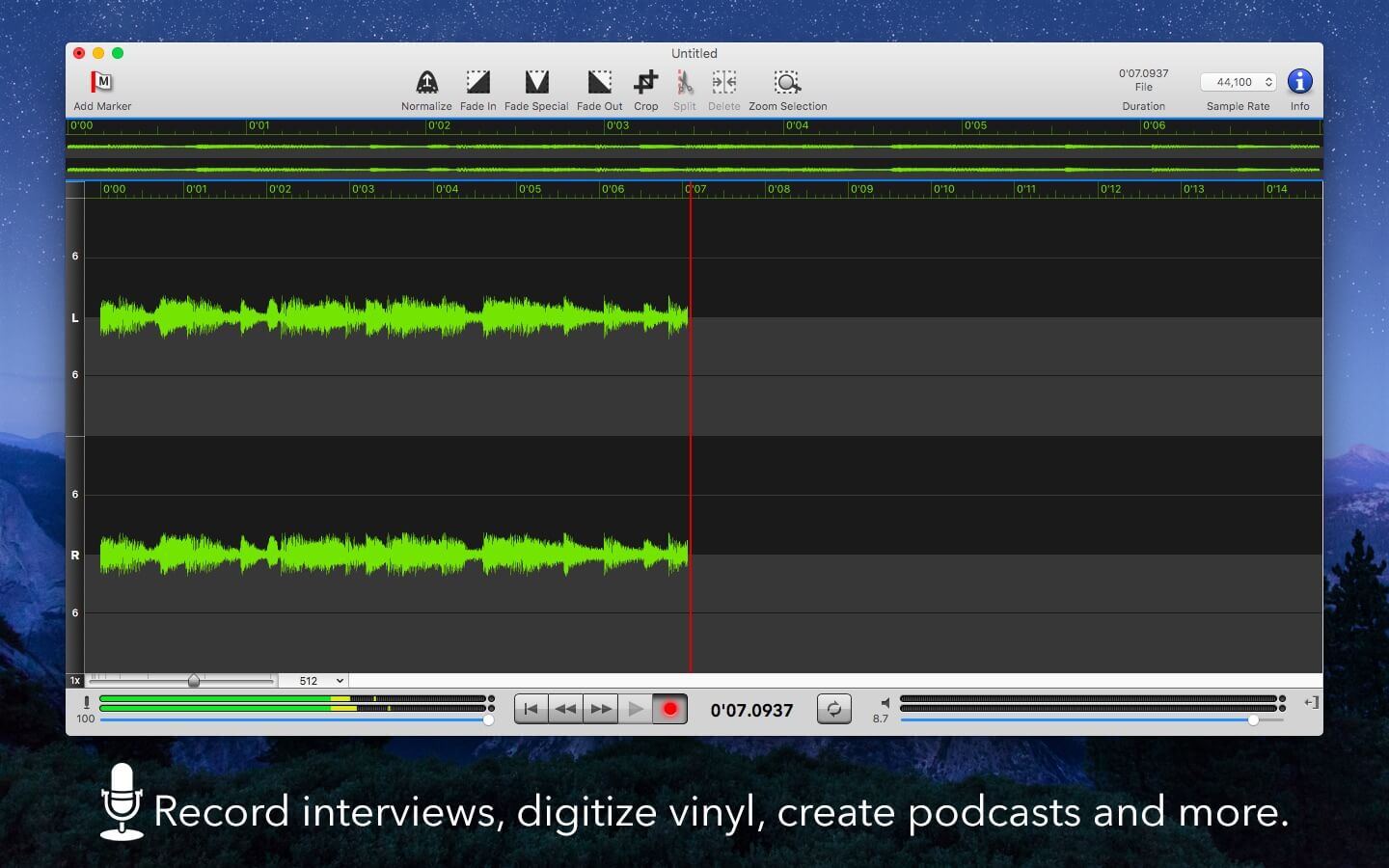