Pyre is a party-based RPG from the creators of Bastion and Transistor. Lead your band of exiles to freedom through a series of mystical competitions in the Campaign, or challenge a friend to a fast-paced ritual showdown in the head-to-head Versus Mode.
Pyre is a party-based RPG in which you lead a band of exiles to freedom through ancient competitions spread across a vast, mystical purgatory. Who shall return to glory, and who shall remain in exile to the end of their days?

A New World From the Creators of Bastion and Transistor
Experience the biggest and most imaginative world yet from Supergiant! Get to know an ensemble cast of characters struggling to earn back their freedom as you make your way across the forsaken land called the Downside.

Action-Packed Three-on-Three Battle System
Battle against a colorful cast of adversaries in pitched, high-stakes confrontations where each victory (or defeat!) brings your exiles closer to enlightenment. Choose three from your party for each Rite, and outfit them with mystic Talismans and powerful Masteries.

A Branching Story with No Game-Over
In Pyre, you will never be forced to lose progress. Whether you prevail or you fail, your journey continues. The interactive narrative is expressed through a story that no two players will experience in quite the same way.

Challenge a Friend in Versus Mode
On top of the single-player campaign, Pyre features a local two-player Versus Mode, where you can play against a friend (or CPU opponent) in one of the game’s fast-paced ritual showdowns. Form your triumvirate from more than 20 unique characters.

Rich, Atmospheric Presentation
Pyre once again showcases the award-winning talents of the team that created Bastion and Transistor. From the vibrant hand-painted artwork to the evocative musical score, every aspect of Pyre’s presentation draws you into its fantasy world.

Accessible, Customizable Controls and 4K Ultra HD Graphics!
Play with gamepad or mouse-and-keyboard using fully customizable controls custom-tailored to PC. The game offers a highly scalable challenge both in the campaign and Versus Mode. Experience it all in stunning 4K resolution (compatible display required)! 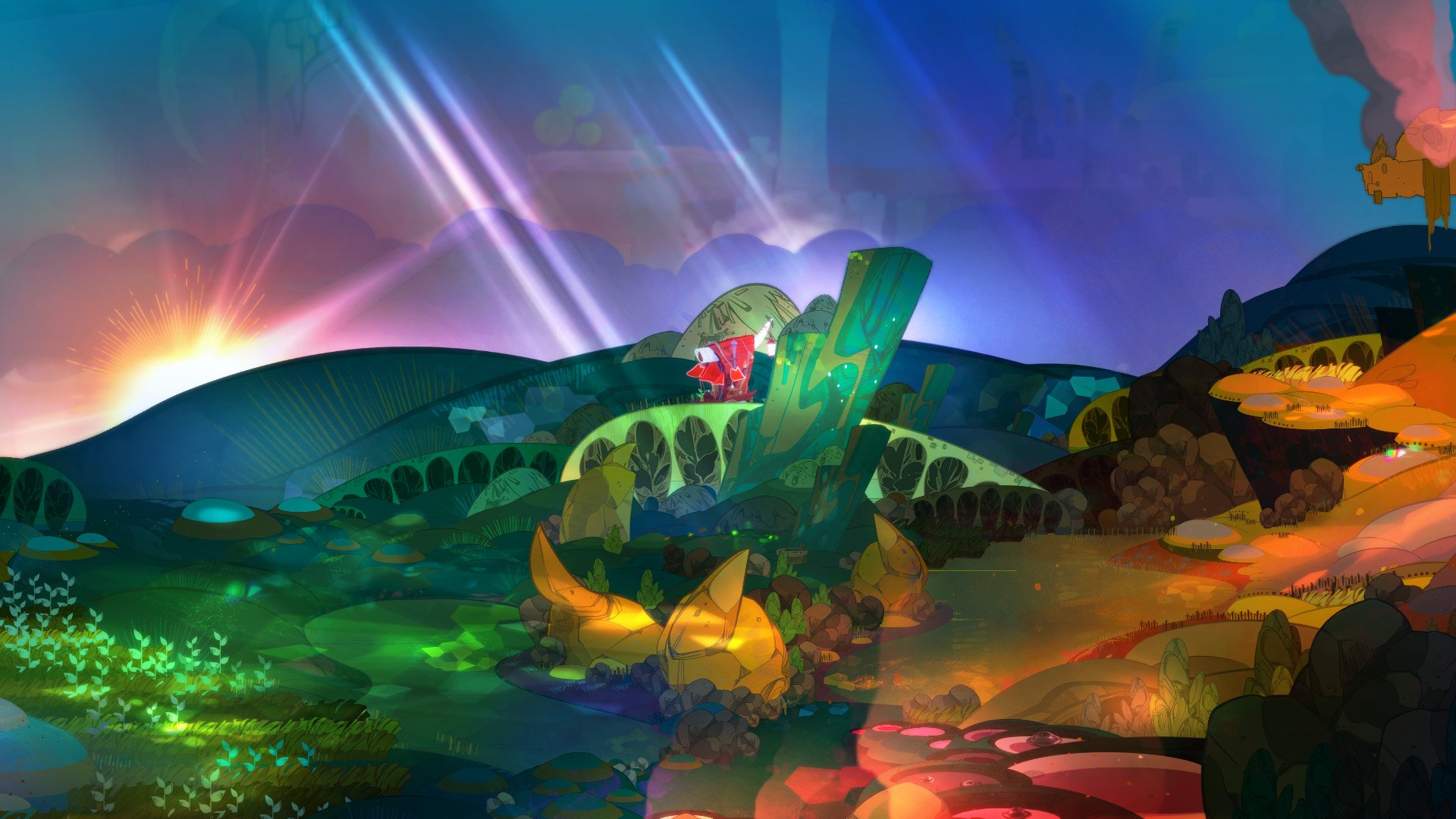