Privatus has been designed from the ground up with simplicity in mind. Built for ease of use, there is nothing to configure, no favourites, no whitelists, no blacklists,… no problems!

Privatus removes all tracking cookies, unnecessary cookies, flash cookies, Silverlight, and databases from your Mac, automatically. You can run it from your system menu bar–you can even run it headless–Privatus will work silently and methodically in the background, clearing all unwanted data when you close your browser session.

Privatus is cookie management for the rest of us! 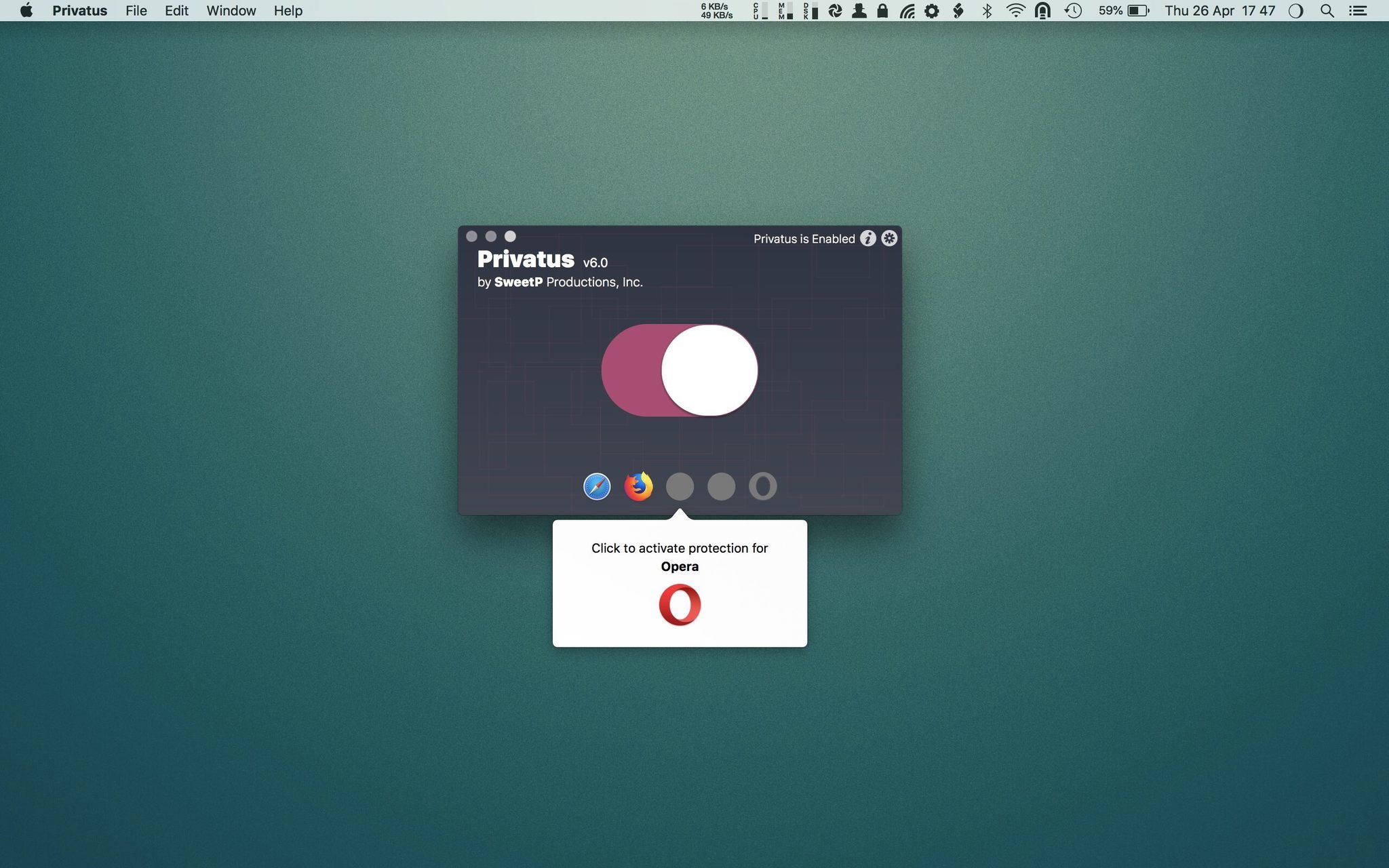