Pixelmator is a beautifully designed, easy-to-use, fast, and powerful image editor for OS X. It has everything you need to create, edit, and enhance your images.

Pixelmator is a layer-based image editor. You can quickly create layers from your photos, other pictures, from selections, or even your iSight. Yes, Pixelmator can add a layer to your composition directly from your Mac’s little camera. Not only can you link and arrange added layers, but Pixelmator also allows you to blend layers, change their opacity, create clipping masks, or even add layer masks to hide some portions of a layer. 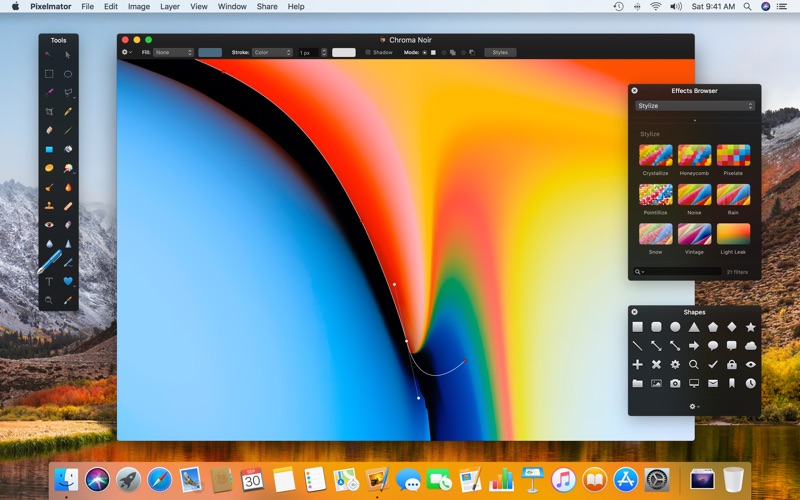