Movist is a movie player based on QuickTime and FFmpeg. 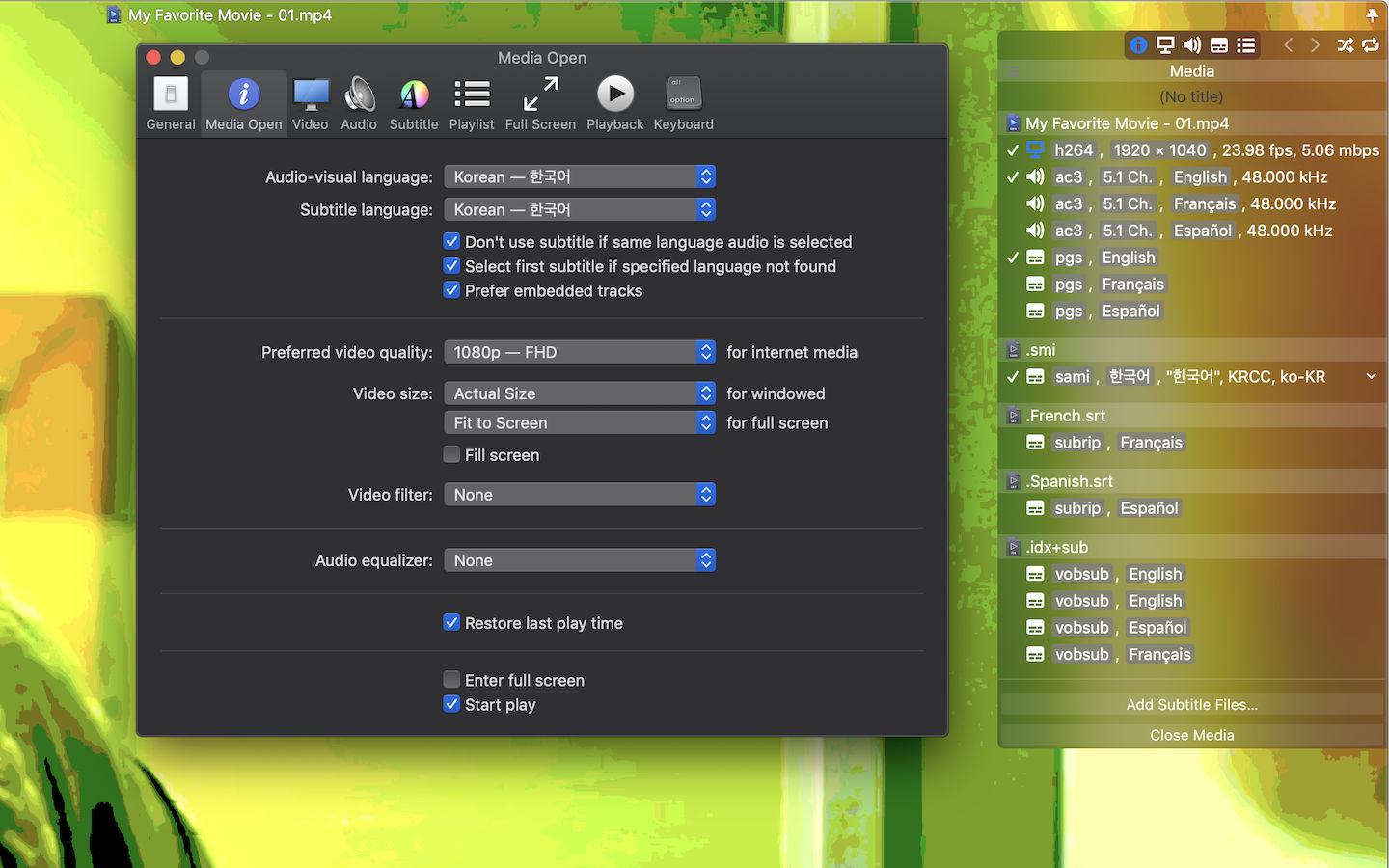