Jump Desktop is an extremely simple to use OS X remote desktop application designed to enable its users to safely and securely connect to other computers over their local area network or the internet.

Moreover, the Jump Desktop app is compatible with both VNC and RDP desktop sharing protocols, a fact that makes it a swiss army knife for people that need to access remote machines on a daily basis.

Jump Desktop also automatically encrypts all traffic between the remote and the host computer using SSL/TLS, as well as NLA and SSH tunneling for RDP and VNC, respectively.

Furthermore, because it comes with integration with OS X’s Spotlight, Jump Desktop makes it possible to rapidly and effortlessly find remote desktops and connect to them with a simple mouse click.

Besides having support for the most used desktop sharing protocols, Jump Desktop is also developed using open standards, therefore you always know that you’re data is secure, and the technology behind the app audited and verified not to contain backdoors and other similar bugs.

This is a powerful productivity feature that will make your remote desktop experience much better: Jump can resize the display on the remote machine to match your local display. This feature makes it much easier to remote control machines which have a larger display than your Mac (or vice versa). Seeing is believing: Tip: To manage your resolution settings: Right-click your connection icon and then click Edit -> Display. You can also change settings live by clicking Remote -> Displays. Dynamic resolution switching is turned off by default for existing connections but turned on for new Fluid connections Known limitations: Jump will do it's best to match your local display however it's limited by the capabilities of the remote machine's graphics adapter 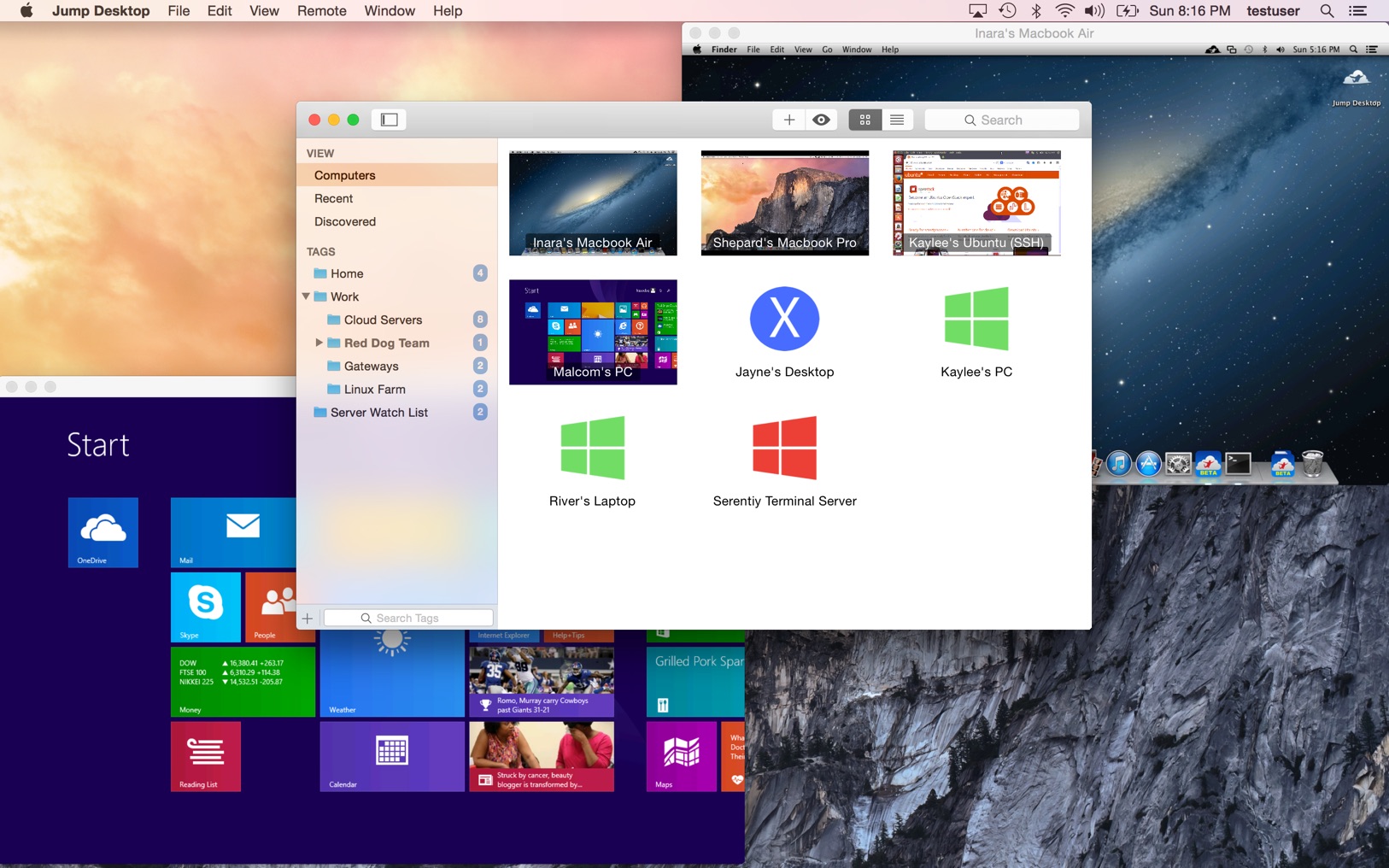