iVI is a video converter that can import files into iTunes or iMovie with a simple drag and drop. iVI will also add metadata if movies or TV shows are identified. 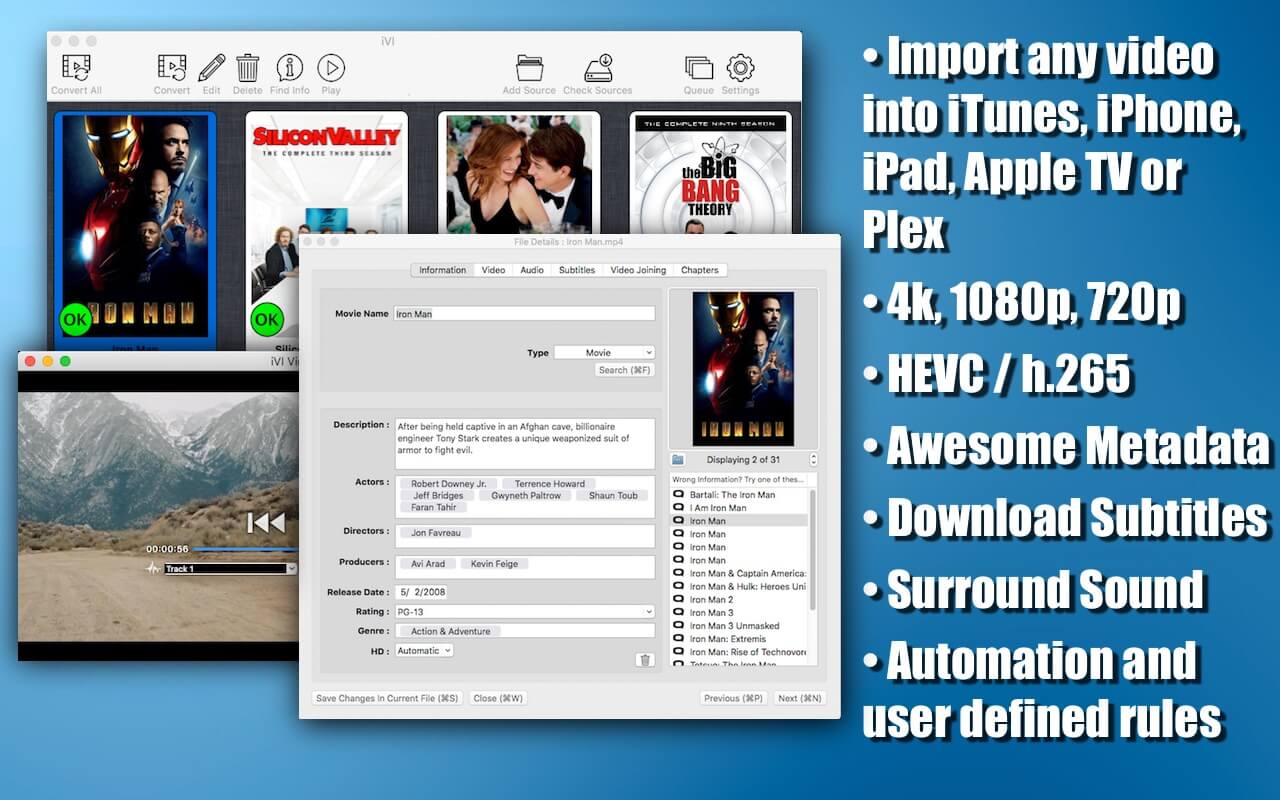