iSwift 2.0 – Objective-C to Swift converter. As you type.

iSwift is the easiest way to convert your Objective-C code to Swift. 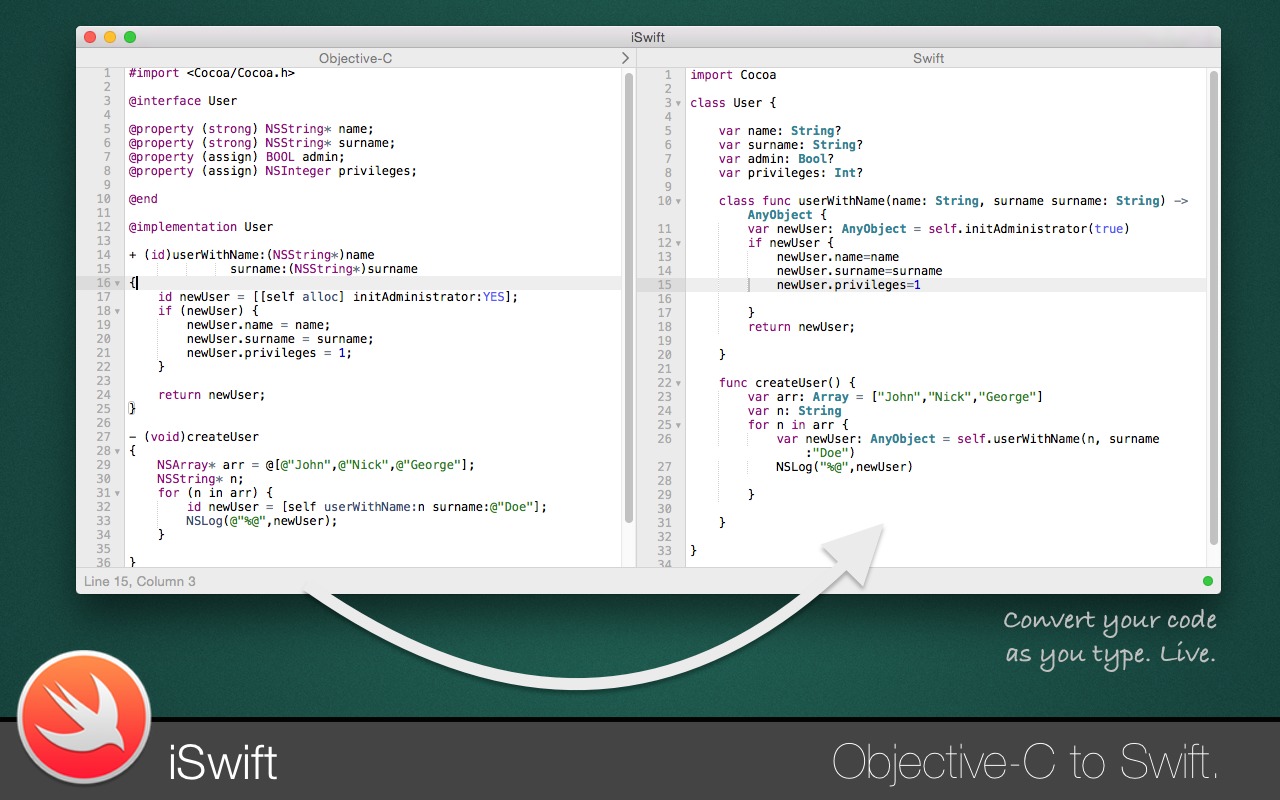