Colibri is a native macOS audio player built from scratch on BASS technology.

Colibri supports crystal-clear bit-perfect playback of all popular lossless and lossy audio formats, uses only a tiny amount of computing power, and offers a clean and intuitive user experience. 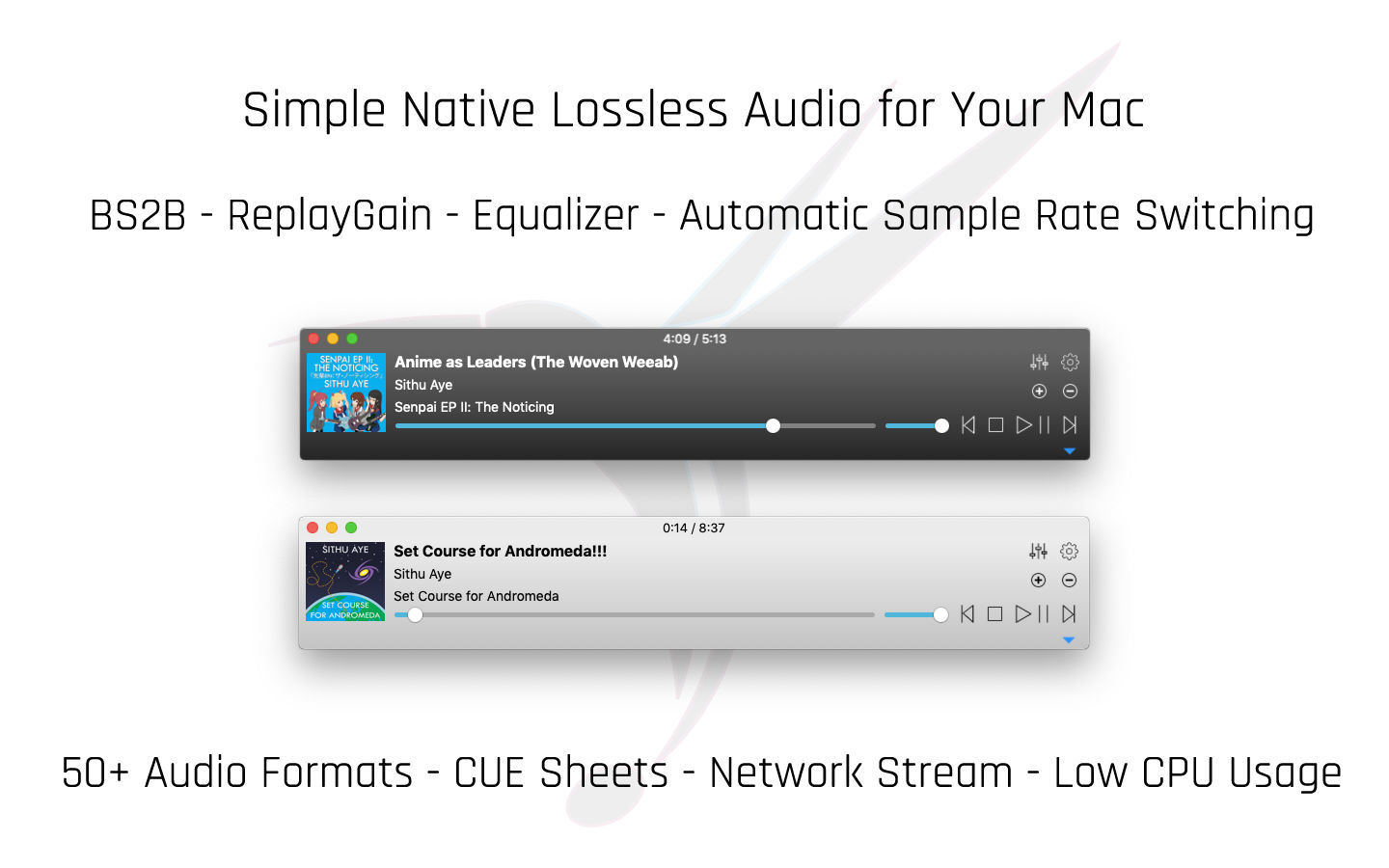