ChronoSync easily synchronizes or backs-up files and folders in a variety of ways.

Synchronize files between folders, hard drives, removable media, laptops, file servers, or any computer, not just a Mac. Features include: 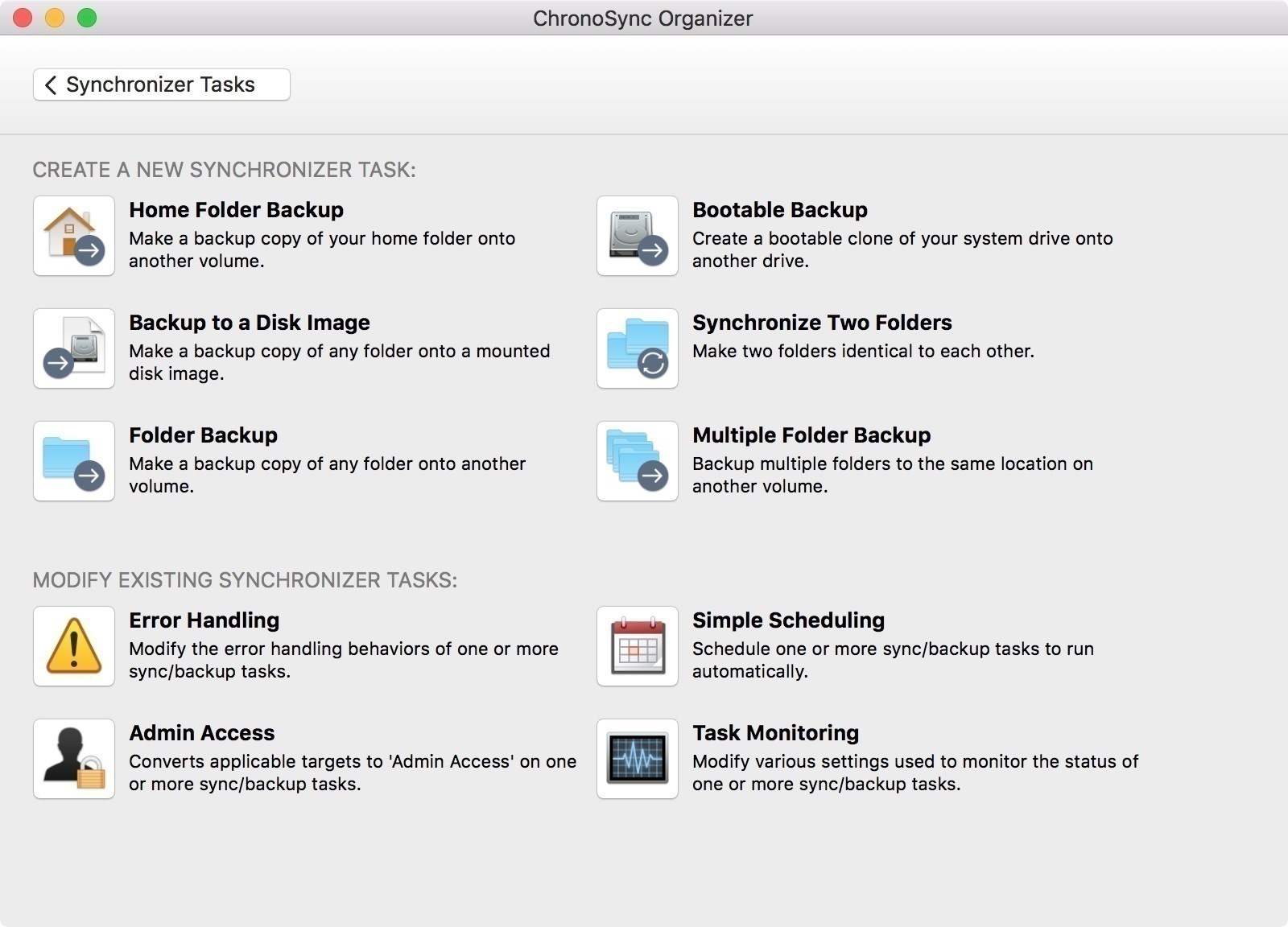