1Password is a password manager that uniquely brings you both security and convenience. It is the only program that provides anti-phishing protection and goes beyond password management by adding Web form filling and automatic strong password generation. Your confidential information, including passwords, identities, and credit cards, is kept secure using strong encryption.

1Password fully supports major Web browsers, including Safari, Firefox, Chrome, and Opera. All browser extensions share the same encrypted data which means you never need to manually copy your passwords between browsers or from the password manager to a browser ever again!

1Password is also available for and syncs with Windows, iOS, and Android. 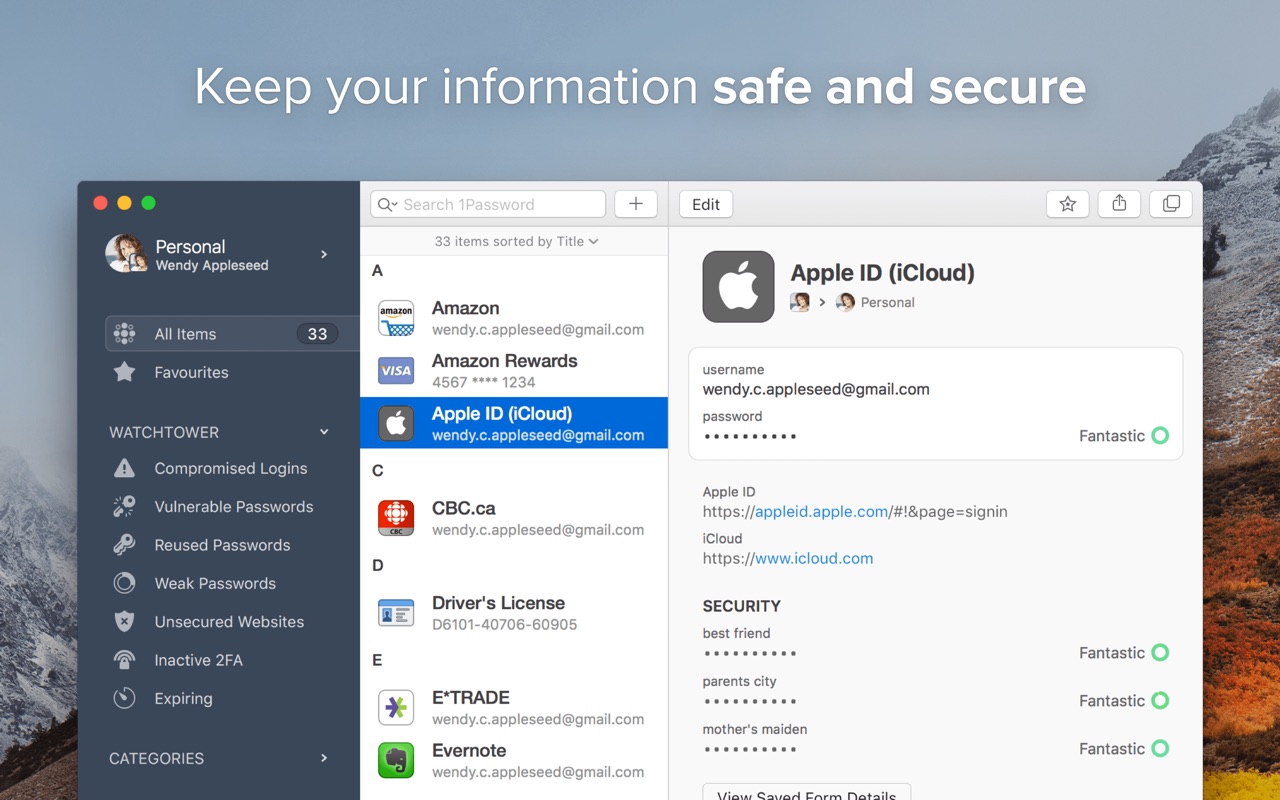